How to Remove/Uninstall the Modern Apps in Windows 10/8/8.1

Windows 10 & Windows 8 come with some default (built-in) modern apps pre-installed. On the other hand, we often install additional apps to use or to test them. So, there is the need to uninstall all the unwanted apps or to free up disk space. In this tutorial, I'll show you how to remove the modern apps on your Windows 10 or Windows 8, 8.1 computer. *

* Things needed to know about the App Uninstall process in Windows 10 and Windows 8:

In this tutorial, you can find three (3) different methods with detailed instructions on how to uninstall Store Apps in Windows 10, 8.1 & 8.

How to uninstall Apps in Windows 10 & Windows 8

– By using this method you 'll be able to uninstall Apps installed by the user and some non-default Windows 10 apps from the current user account only. *

1.Right click on the app that you want to uninstall and choose Uninstall.

To remove an App in Windows 10: 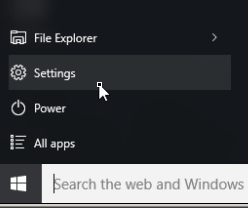 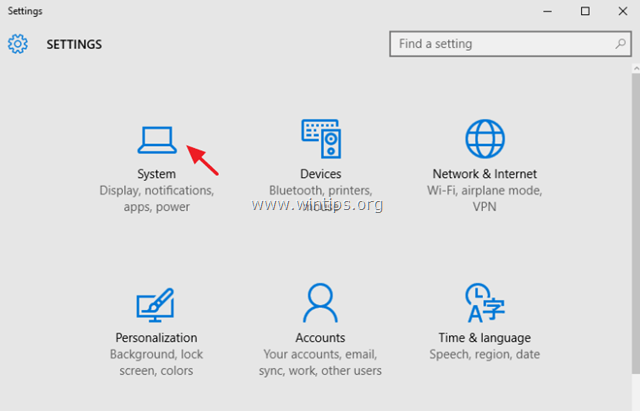 4. At the right pane, select an app and then click Uninstall. *

* Note: If you select an App from the list and the Uninstall button is inactive (grayed out), it means that the selected App is a Default Windows 10 app. The default Windows 10 Apps cannot be uninstalled from Windows GUI and you have to uninstall (remove) them by using a third party program like CCleaner (see Method-2 below) or by using PowerShell commands (see Method-3 below). 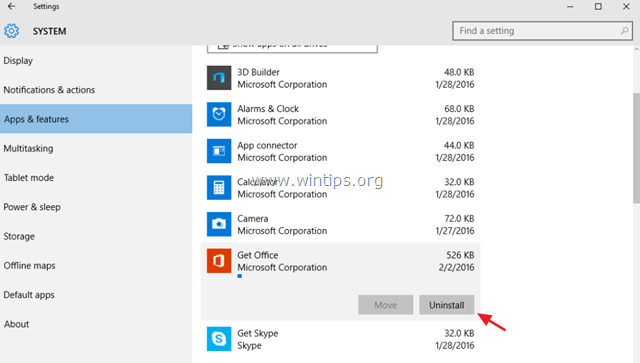 5. Click the second Uninstall button to proceed to App removal.

2.RunCCleaner utility and select Tools on the left pane. 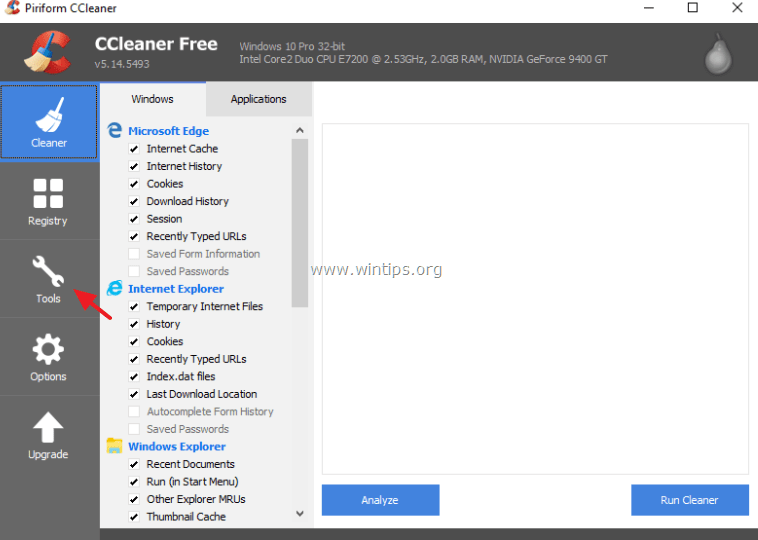 3. At Uninstall section, select the app that you want to remove from your Windows 10 installation and click the Uninstall button. 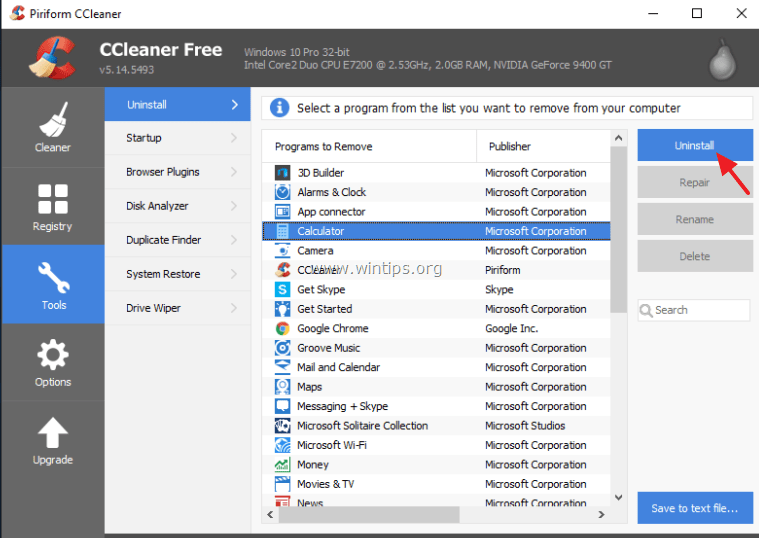 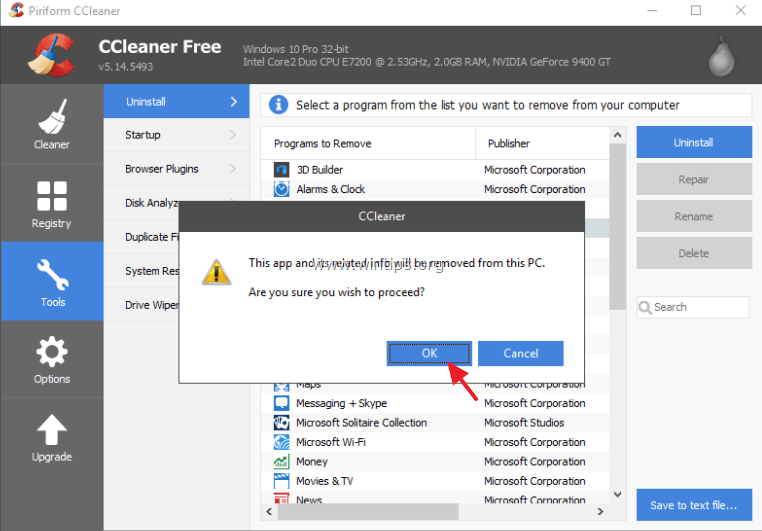 Method 3. How to Uninstall Windows Apps from PowerShell.

The third method contains instructions on how to remove Apps (Installed or Built-in) from the current account or from all user accounts by using PowerShell commands in Windows 10 or Windows 8, 8.1 OS.

First you have to open Windows PowerShell as Administrator. To do that:

2. Right click on Windows PowerShell on the results and select Run as administrator. 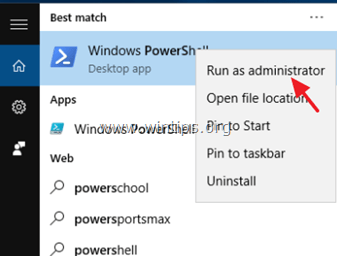 Step 2. Find out, the name of the app that you want to uninstall.

1. To find out the name of an installed app, give this command in PowerShell window and hit Enter:

– The output of the above command will be a list (see screenshot below) that displays the name of every installed app in your computer plus the installation app package's full name. (An app installation package is a unique file that contains all the files needed to install a Modern App.) 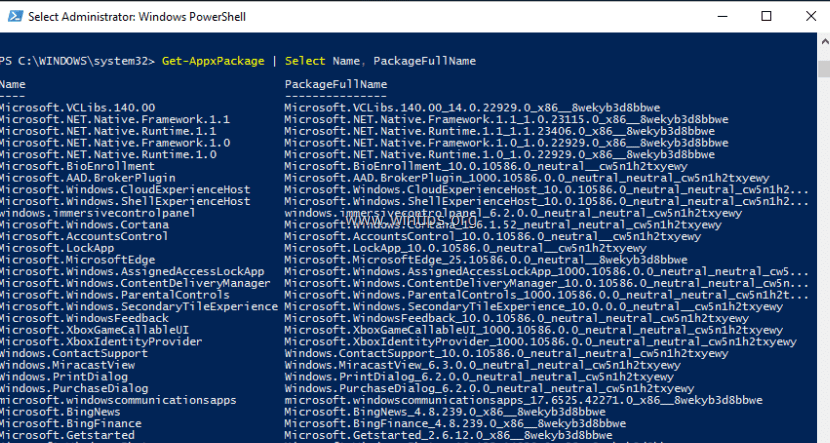 2. Look at the first (Name) column and notice the name of the app that you want to uninstall. The name appears after the first dot (.) in each line.

For example: Let's say that you want to remove the Phone Companion app. In this case, the name of the app is  "WindowsPhone".

– To remove an App for the current user, type the following command and hit Enter:

– To remove an App for all users, type the following command and hit Enter:

* Note: Replace the "PackageName" value, with the name of the app that you want to uninstall. **

Example no 1: To remove the "Phone Companion" App from the current user, give the following command in PowerShell:

Example no 2: To remove the "Phone Companion" App from all users, give the following command in PowerShell:

That's it! Let me know if this guide has helped you by leaving your comment about your experience. Please like and share this guide to help others.

Additional help: For your convenience, below is a list of commands to uninstall several particular Apps from PowerShell.

We're looking for part-time or full-time technical writers to join our team! It's about a remote position that qualified tech writers from anywhere in the world can apply. Click here for more details.

How To Stream Netflix On Discord on Windows, Mac, Android and iOS devices.

How to View SharePoint Online Folder and File Size.